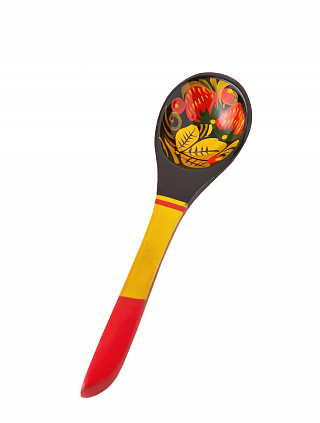 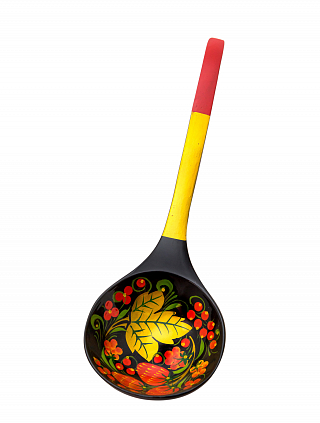 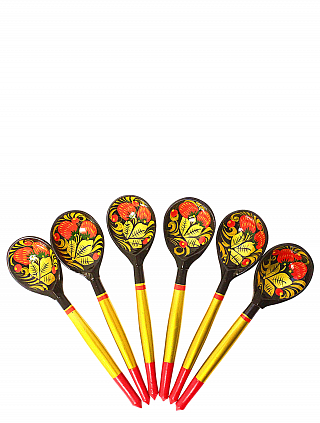 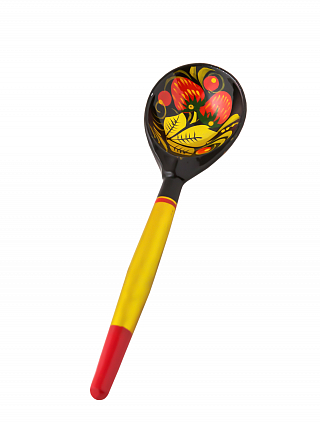 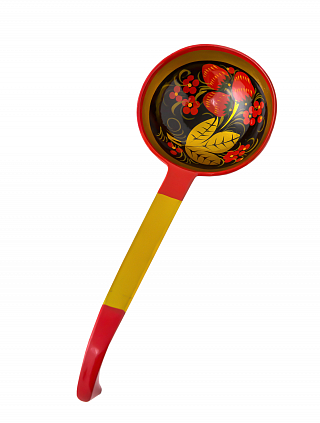 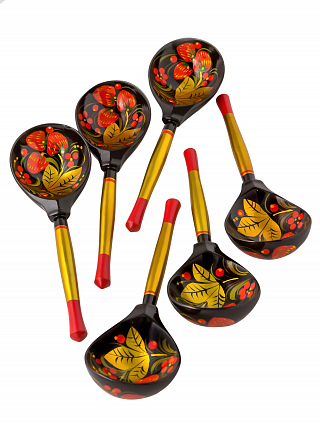 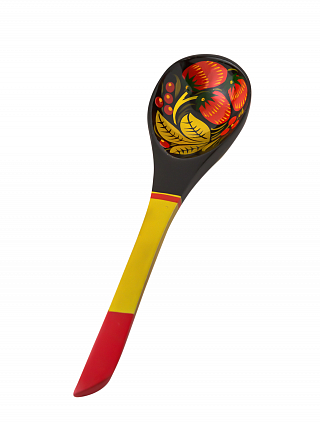 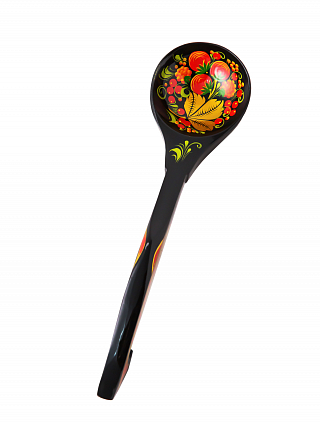 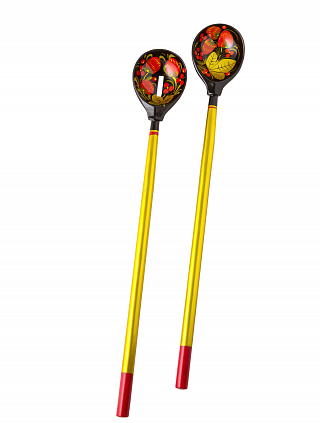 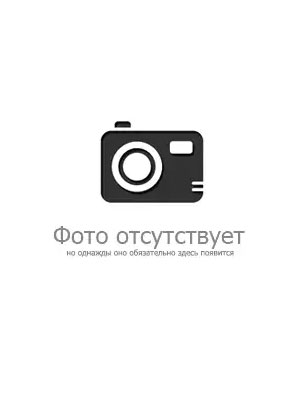 Spoon
Painting: Black background painting "Strawberry"
3
‘Spoon capital’ of Russia and a recognised centre of the world-famous Khokhloma painting. Here, the traditional craftmanship of ancestors who made wonderful wooden products is carefully preserved, multiplied and passed onto future generations. Today, Khokhloma Painting JSC is the largest centre for the production of wooden spoons in Russia.

In the old days, spoons and other kitchenware used by Russian peasants were exclusively wooden, same as in all European countries where people ate liquid dishes such as soups and porridges. The earliest mentions of Russian spoons are found in The Tale of Bygone Years, which contains a description of Prince Vladimir’s feast. Semenov masters made ‘such nice and neat spoons,’ the modern storyteller S.V. Afonshin writes, ‘that people sipped and slurped tyurya with kvass, peas and kisel without any butter or seasonings.’ Spoons made to be given as a gift were especially popular. They were painted with fabulous flowers and plants. Owing to the glitter of gold and cinnabar on them, they were perceived as being precious and associated with royal luxury. Such spoons were used for festive meals only, and on weekdays people continued to use regular unpainted wooden spoons.

For over a hundred years of the company’s existence, manufacture of spoons has remained one of its key activities. The tragic years of the Great Patriotic War were a special period for this sector. In the first days of the war, the factory was urgently transformed into a facility to manufacture products for the needs of the front. According to the plan, the artel had to produce ‘up to 10 thousand pieces of thin and polubaskaya (half-round) spoons a day.’ The front needed spoons to feed the soldiers fighting for their homeland. Only thanks to the labour heroism of old men, women and adolescents who worked three shifts each for a ration of bread and slept in turns right in the workshop, this target could be achieved. It was how the Semenov spoon contributed to the Great Victory of the Russian people.

The museum of ethnography located at the factory premises exhibits a wide variety of spoons: white (unpainted) spoons, spoons decorated with a light pattern using a bird feather, glazed spoons, spoons with many different paintings and carvings — over a thousand species. The company’s founder, artist G. P. Matveev, began collecting them shortly before the revolution.

Even today, the assortment of our company still includes old names: polubaskaya (half-round) spoon, rybatskaya (fisherman’s) spoon, mirskaya (ordinary) spoon... The online store offers spoons for children, dinner spoons, souvenir spoons, soup ladles, all of which are not only functional, but will also brighten up your life.

There is nothing like a scoop of rich fish soup with a beautiful wooden spoon in the bosom of nature or enjoying sweet-scented jam with tiny, almost weightless painted spoons in your family circle!
Show more