In ancient Russia, wood played a very significant role. It was used for building homes, making furniture and for kitchenware. Archeological finds indicate that Russian craftsmen made cups, buckets, and ladles back in the tenth to twelfth centuries. Old inventories of monastic farms mention wood carvers, lathe workers, and kitchenware painters. The tableware made by craftsmen included special items painted with cinnabar and coated with gold. There sere used to serve at tsar’s feasts and gatherings. Usually such tableware was made in the abbeys. The craftsmen of the Trinity Lavra of St. Sergius included adscript peasants from the left bank of the Volga. The thick, almost impenetrable forests on the banks of the Kerzhenets river had hidden the runaway peasants and Streltsy from the earliest times. Old Believers escaped there too following the Great Schism of the Russian Church. These outlanders and settlers contributed to development of the tableware crafts and the invention of the original imitation-gilding technique for wood in the Nizhny Novgorod region. 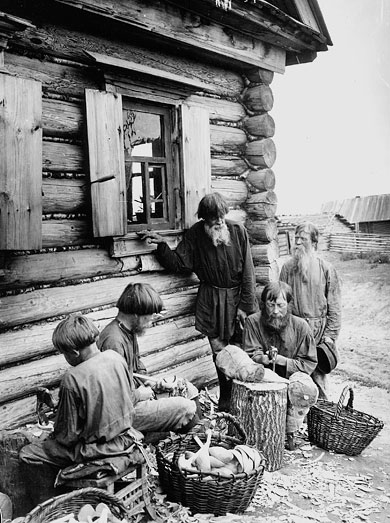 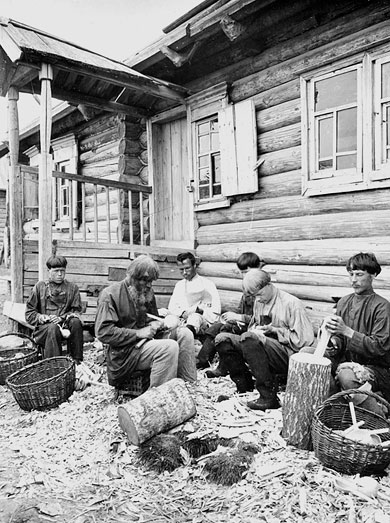 Origin of the Khokhloma painting craft

Archive materials and scientific research has determined that the tableware craft emerged in the Semyonov region in the second half of the seventeenth century, becoming the foundation for the development of this special ornamental wood painting. The first mention of painted tableware was in 1659, when boyar Morozov demanded the collection of tinned differently-sized tinned dishes and wine bowls from the ancestral lands on the left bank of the Volga. In the seventeenth century, tin metal was used for gilded art and craft coatings, and boyar Morozov owned the Semyonov village. The Khokhloma painting craft had emerged in this particular village and then spread to the Khokhloma and Skorobogatovskoye villages. 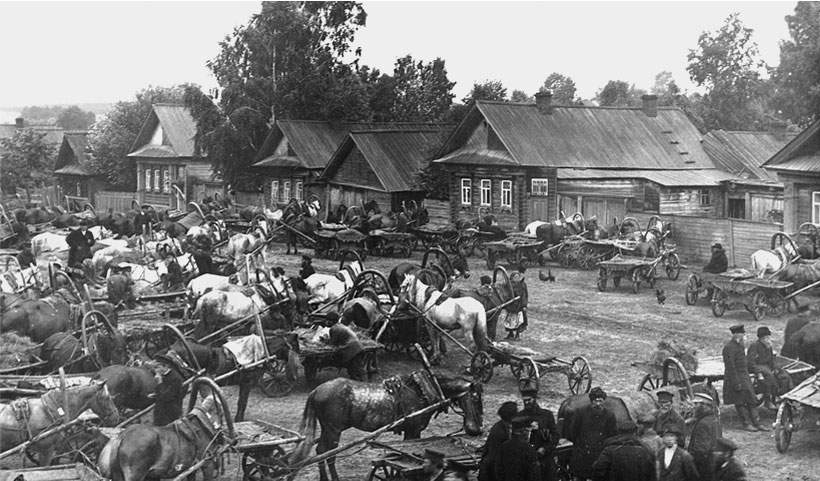 The development of the craft was promoted by the proximity of the Volga trade route and the neighboring Russian Makaryev trade fair (the largest). The quality of the tableware manufactured in Semyonov parish was very high, and, in 1764, the production of wooden tableware was recorded as the main craft of all the locals. It was said of the products of the Semyonov parish peasants: their goods are light, pure, and strong, but gentle. Blummer, the Governor of Semyonov wrote that the citizens were not involved in farming; they made various types of wooden painted and lacquered tableware throughout the year. It was Khokhloma Volost village in the Semyonov parish that became the center offering wooden tableware with the most notable painting. 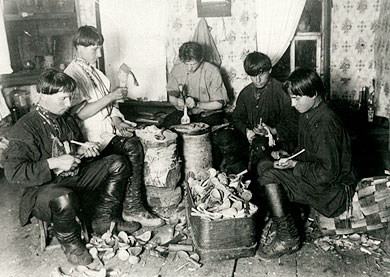 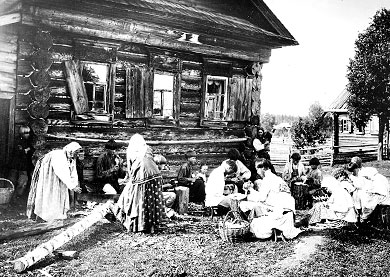 For two centuries, Khokhloma tableware satisfied people’s needs and was an important part of the national artistic culture. The second half of the nineteenth century was marked by a growing interest in crafts as an artform. Russian style become fashionable, and enlightened society was taking great interest in works of art and craft. In 1853, Khokhloma works were introduced to the rest of Russia by the industrial exhibition in Moscow, followed by successful displays in Paris, Saint Petersburg, and Nizhny Novgorod. Members of the royal family started show an interest in Khokhloma painting. Impressed by the creativity of the craftsmen, the empress Maria Fyodorovna awarded craftsman Mikhail Krasilnikov with a gold watch in 1882. Khokhloma works were widely distributed through bazars and fairs. Exports of these products dramatically increased after being awarded the ‘Grand Prix’ in the Paris International Exhibition of 1889. 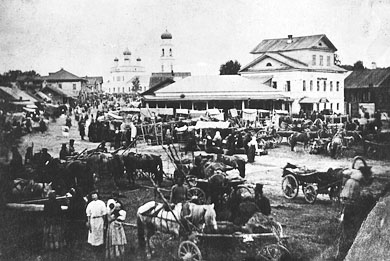 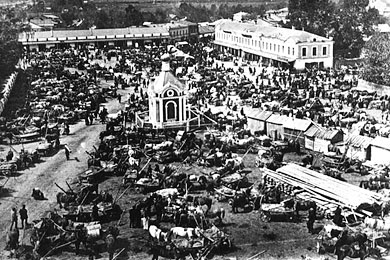 The demand for Khokhloma works resulted in the emergence of traders in the second half of the nineteenth century. They required low-cost and low-grade goods, which led to simplification and deterioration in the quality of the products. As a result, enlightened society and government started to worry. The general opinion was that the craftsmen should be trained in new techniques and technologies. In 1913, the General Directorate of Land Management and Agriculture established a tableware and furniture-making craft school in Semyonov. The regional council of Nizhny Novgorod also contributed to the development of the craftsmen’s skills and established the new occupation of ‘artist’. In 1916, the School of Artistic Wood Treatment headed by the artist Matveev was opened in Semyonov at the initiative of Sirotkin, the mayor of Nizhny Novgorod. After the Great October Socialist Revolution, the school was not only saved, but found significant support from the new Soviet government. School graduates introduced new patterns to the painting; with the school bringing together the previously isolated handicraftsmen, reviving the craft, and directing the release of artworks for export. 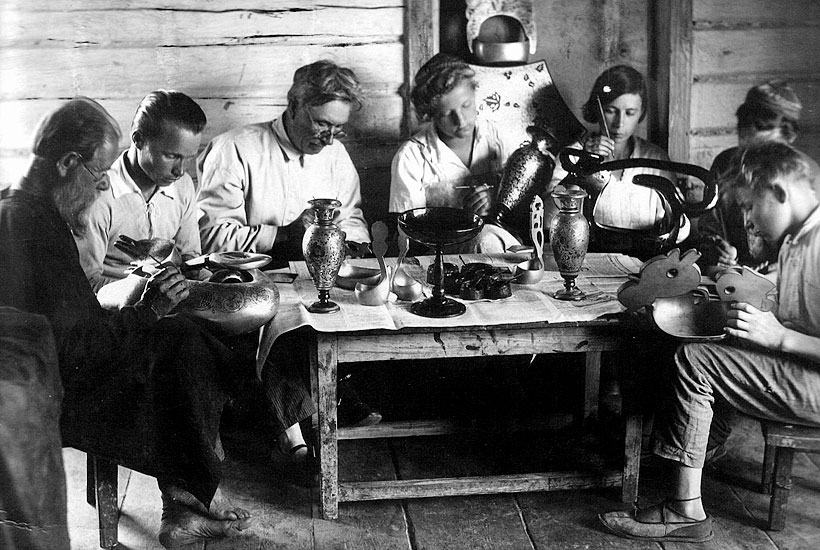 The development of the Semyonov wood treatment school was very dynamic. In 1924, it was reformed into the ‘Handicraft-Artist Association’, which then became the ‘Export Co-operative Craft Society’ in 1931. A museum of artistic handicraft was established in Semyonov in 1934. During World War II, many craftsmen left the society to go to the front and died there, and so the factory turned to satisfy army needs, making skis, ammunition boxes, and spoons for the soldiers. Over 10 thousand spoons were made every day for the front. Thus the women behind the front-line bore a heroic feat of labor on their fragile shoulders. Women artists therefore replaced the men who did not return from the front, and they have played a major role ever since.

In 1950, Khokhloma Painting (the new name for the co-operative craft society) craftsmen developed a new style characterized by patterns of great complexity and vibrancy. In 1960, the Khokhloma Painting factory was extensively refurbished and enlarged, involving the commissioning of new workshops. A creative laboratory headed by the artist E.N. Dospalova was established for the enterprise in 1964. New shapes of artwork and patterns adapted to the urban lifestyle were developed there. Numerous international exhibitions: Montreal (1967), Osaka (1970), Paris, and the Exhibition of Soviet Economic Achievements brought many awards to the factory, making it famous worldwide. The enterprise opened a nesting dolls division in 1992; the miniature-painting shop opened in 1993, followed by a graphic art shop in 2004. In 2014, Semyonov was awarded the title of ‘Capital of the Golden Khokhloma’. The Golden Khokhloma international festival movement started the same year. In 2015, the production of new fashion accessories with elements of Khokhloma painting was launched. 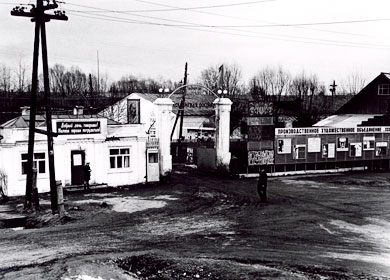 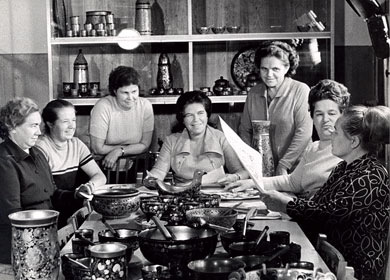 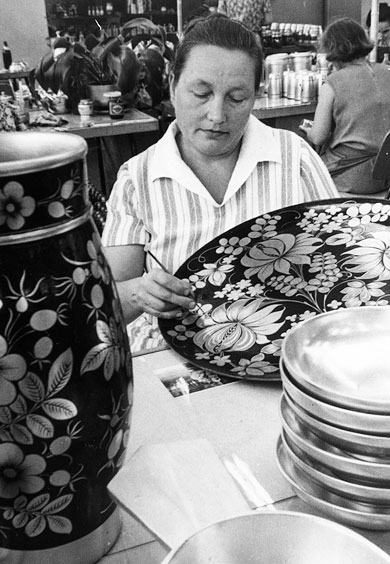 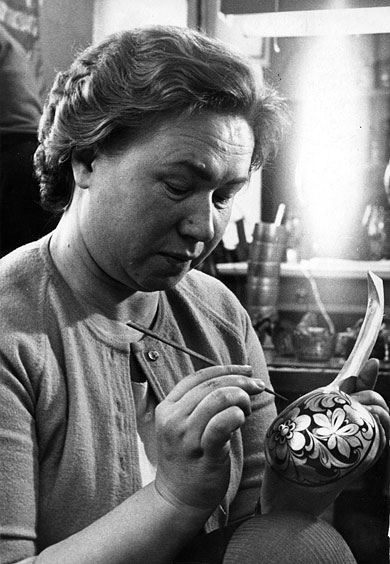